At the heart of our research projects are Wnt proteins and their signaling pathways. Wnt genes encode a family of secreted lipid-modified growth factors (there are 19 Wnt genes in the mammalian genome) that regulate embryonic development and tissue homeostasis. Deregulated Wnt signaling impacts a large number of human diseases, including neurodegeneration and cancer. In the Willert lab, we incorporate biochemical, genetic and cell biological approaches to study these proteins and their signaling cascades. As a model system to study to role of Wnt signaling, we primarily use human pluripotent stem cells (including both embryonic and induced pluripotent stem cells). These stem cells can be instructed, in part through the addition of purified Wnt proteins, to differentiate into a variety of mature cells. More recently, we started a collaboration with Dr. Traver to study the role of Wnt signaling in the development of blood stem cells in zebrafish. 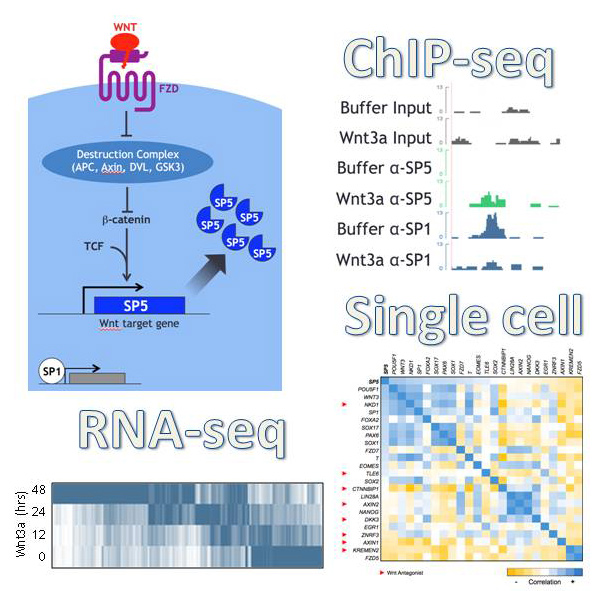 WNT signaling is a major regulator of stem cell self renewal and differentiation. We use human pluripotent stem cells to investigate the effects of endogenous and exogenous Wnt signaling on the maintenance of pluripotency, differentiation and reprogramming. In a recent study, we used fibroblasts from patients carrying mutations in PORCN, which encodes a gene required for processing of Wnt proteins, to show that Wnt signaling is required for reprogramming (Ross et al., 2014). Currently, we are investigating the role of the Wnt target gene SP5 in the regulation of the pluripotent state. 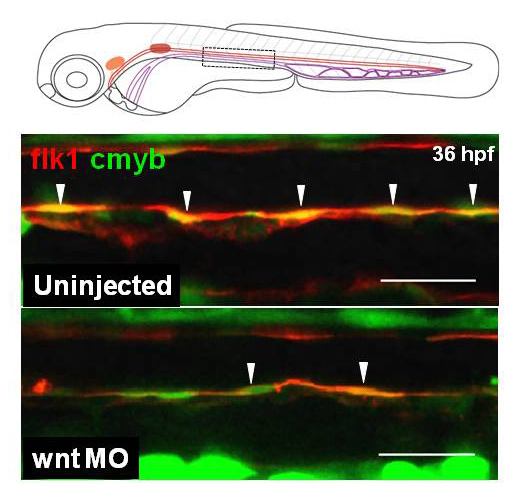 In collaboration with Dr. David Traver (UCSD) we are studying the requirement for Wnt signaling in blood stem cell development. Using zebrafish as a model system, we have identified a specific Wnt gene that is required for the development of hematopoietic stem cells (HSCs) during embryonic development. Ongoing research is focused on identifying the cognate Fzd receptor(s) and the downstream target genes. We are also using our findings in zebrafish to develop a strategy to derive HSCs from human pluripotent stem cells.

A multitude of cancers exhibit de-regulated Wnt signaling, with over 95% of colorectal cancers harboring mutations in components of the Wnt signaling pathway. Our studies on the role of FZD7 in human pluripotent stem cells (Fernandez et al. 2014) led to the development of a highly specific FZD7 antibody with blocking activity in Wnt signaling. Importantly, FZD7 is highly expressed in several cancers, making it an ideal therapeutic target for this FZD7 antibody. We are collaborating with Drs. Dennis Carson and Sunil Advani (UCSD Moores Cancer Center) to ready this antibody for clinical applications in the treatment of cancers. 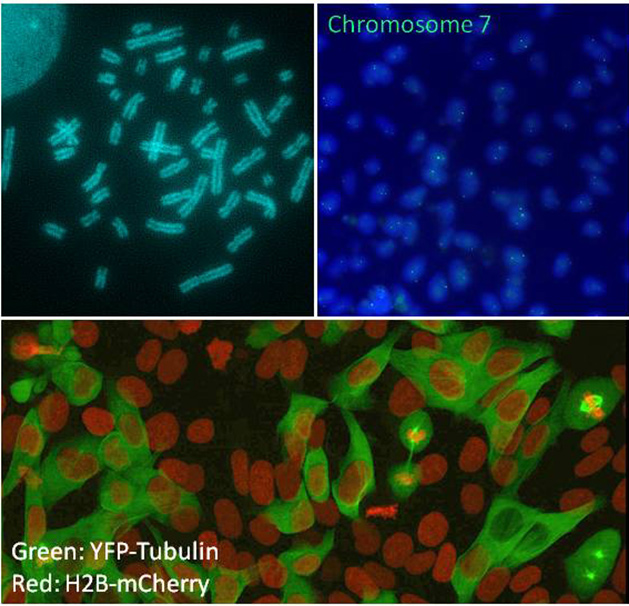 In recent experiments investigating the role of Wnt signaling in reprogramming, we made the fortuitous observation that aberrant Wnt signaling can promote chromosome mis-segregation, thereby producing highly aneuploidy cells. In contrast to previous studies that showed that mutations in APC, a negative regulator of the Wnt pathway, lead to chromosomal instability, we found that the addition of purified Wnt protein can lead to aneuploidy. This observation is particularly interesting in the light of the hypothesis that Wnt proteins are locally acting growth factors that can instruct the axis of cell division. This highly localized mode of action of Wnt is likely afforded by a covalently attached lipid moiety, thus rendering Wnt proteins highly hydrophobic and hence poorly soluble in an aqueous milieu. We are using human pluripotent stem cells to probe the mechanism by which Wnt proteins can affect the mitotic machinery. 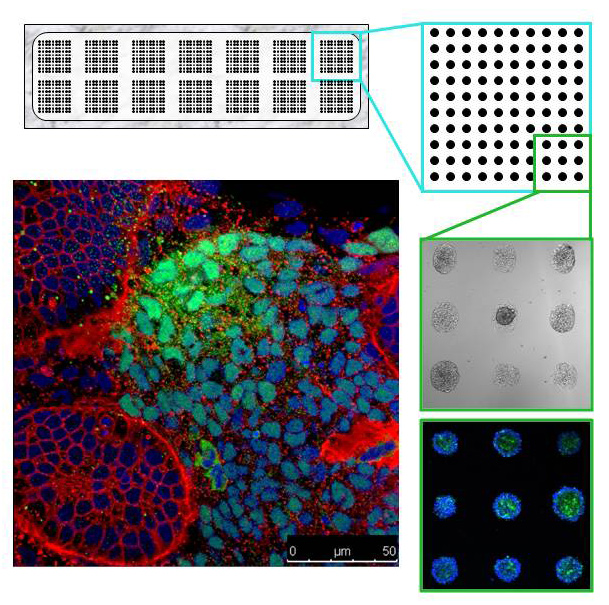 Human pluripotent stem cells (hPSCs) can differentiate into many mature cell types. Together with our long time collaborator Dr. David Brafman (Arizona State University), we have used a bioengineering-based approach to identify, optimize and define conditions for the directed differentiation of hPSCs. In a recent study, we used a technology platform, called Arrayed Cellular Microenvironments (ACME), to derive a self-renewing cell population that is restricted to the intermediate mesodermal lineage (Kumar et al. 2015). These cells, which we refer to as intermediate mesodermal progenitors (iMPs), are capable of further differentiating into more mature cell types, such as renal cells.